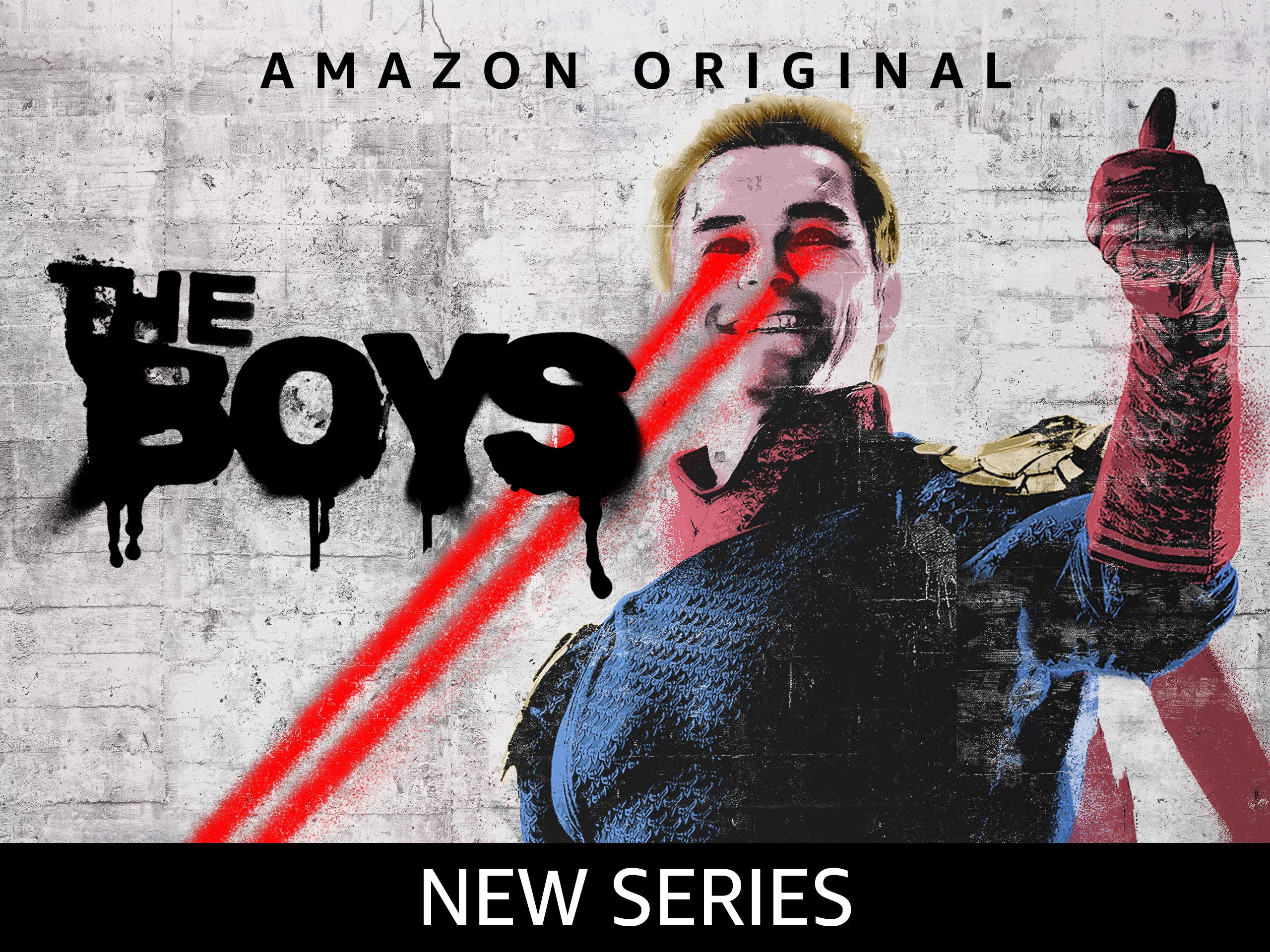 Amazon Studios has delivered another winner for its streaming service Prime. The Boys at times feels like a comedy, but is as dark as it gets.

The Boys is set in a fictional version of today, where superheroes are a given. However, unlike most superhero films and shows, the world of The Boys doesn’t give us the usual libertarian fantasy of above-the-law superheroes that live in their ivory tower and do whatever they want without (many) consequences. If you thought Captain America: Civil War or Batman v Superman: Dawn of Justice dealt with the fallout of superheroes destroying everything in their wake, think again. The Boys actually has the most realistic take on the matter.

Superheroes may feel like Gods, but still need to grow up as part of human society, right? They need to eat and they might want to buy stuff too. So they need money and unless your name is Oliver Queen or Bruce Wayne, you might find that money is hard to come by. That is, unless you use your superpowers to make money. Of course superheroes would become a business that would be milked for everything it is worth by big corporations. In the world of The Boys, superheroes star in their own movie franchises, TV shows and promote their own merchandise for what essentially are their publishers/studios.

When they fight crime, the cameras are always rolling. A.I.-enhanced algorithms find the right place and time for the superheroes, or supe’s, as the show likes to call them. That way, all the action can always be captured from all angles and cut together in cinematic fashion.

The show even goes so far as to talk about copyright violations and illegal uploads of superhero footage.

Without going into spoiler-territory, the show takes an episode or two to really pick up speed and get the audience comfortable with its world, but then just sucks its viewers in. At times, the show is comedic and at other times, incredibly dark and pessimistic. This strong contrast is what gives the show its strength and makes it feel both realistic and like a really well-made spoof at the same time.

In fact, most characters in the Seven resemble the Justice League from DC Comics. Homelander is Superman, Queen Maeve is Wonder Woman, The Deep is Aquaman, Black Noir is Batman, A-Train is the Flash. Yet both on the side of the superheroes and the side of regular people or The Boys, we have a character that is your average person, who is only just discovering what this world is all about and is starting out on their hero’s journey. This contributes in large part to the immersion viewers experience, while watching The Boys.

The Boys is a masterpiece that manages to entertain, parody the biggest film genre on today’s screens, and intellectually criticise our society at the same time. If you have Amazon Prime, I would highly recommend you watch this show.