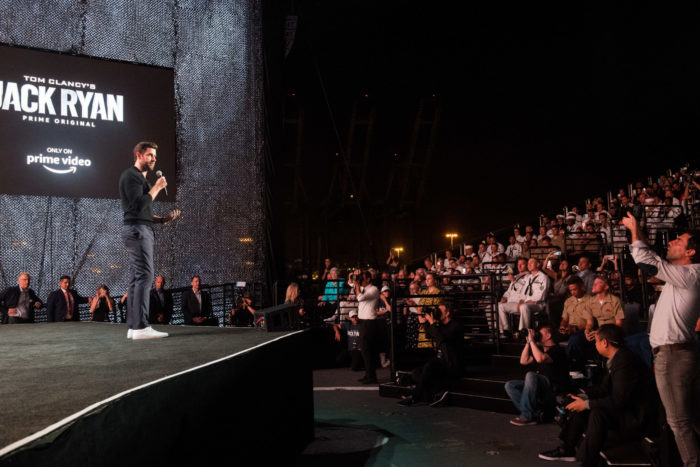 John Krasinski stars as Tom Clancy’s Jack Ryan in Amazon’s newest show and it is a blast (sometimes literally). Though despite the fact that Michael Bay was an executive producer on the show, there are actually very few explosions in the show. They are more prominently featured on the promo material, where Jack walks away or looks away from an explosion (because as we all know, cool guys don’t look at explosions). 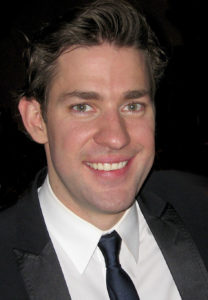 This show was a very welcome surprise for me. I am not intimately familiar with the Ryanverse, but was aware of its existence and had seen some of the earlier Harrison Ford movies, so I vaguely knew what to expect. Yet, this show blew me away in unexpected ways, mainly because the action is contained to where it is necessary and a lot of time is given to character development and world building. The story is set in a fictional parallel timeline to our own, where we have a different US president, but many of the same elements from reality. There is still a civil war raging on in Syria and Daesh or IS are also present. Jack Ryan touches on an amazing amount of complex issues in a very uncomplicated and easy to understand way that fits perfectly into the narrative. There is the issue of PTSD, compromising on values and ideals to achieve results, racial profiling, the process of radicalisation, terrorist financing schemes, the refugee crisis and the ordeals refugees have to go through to get to safety, drone killings, consequences of US interventions, Ebola, Islamophobia, culture and living conditions in the Middle-East, the list goes on. How all of this can fit into only 8 episodes and be explored to a sufficient amount without being too on the nose or feeling tacked on, demonstrates how truly masterfully this show has been written and executed. For crying out loud, you have spoken English, Arabic, Turkish, French and Russian all in one show. Add to that some amazing acting performances from the entire cast, from the main protagonists, down to the very small roles and the fantastic soundtrack by none other than Ramin Djawadi and you have yourself a winner.

I wholeheartedly recommend this show as it delivers the classic action-thriller narrative you’d expect from a Jack Ryan film and combines it with a lot of surprising depth and intelligent commentary on today’s world issues.