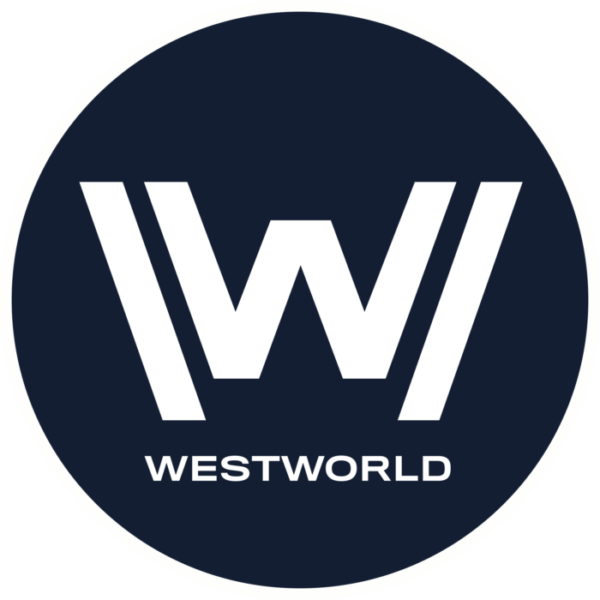 Westworld is by far the best television series currently on air and season two only reinforces that fact. While it is uneven at times, season two continues to deliver on all the key elements that make Westworld great: emotional character drama, wild plot twists and mysteries. SPOILERS ahead.

Season two gets off to a slightly rocky start, as we essentially get to see the end of the story through a very confused Bernard’s eyes. Bernard’s confusion is reflected in the viewer, as we try to figure out, what exactly happened and why all the hosts are dead. The question “what happened?” is less intriguing than “what will happen?” however, and it feels to me as if we are being robbed of caring too much about the hosts’ fate, as we now know that whatever revolution they were planning has obviously failed. At least that is what we are told in Journey into Night. Although, how or why exactly Bernard killed all of them, is still quite unclear. His interactions with the other humans are also a bit bizzare, as he is obviously besides himself and yet no one really tries to get through to him. They just lets him wander around and ramble on things that make no sense at all without checking what might be wrong with him. I guess it can be excused, as he had been through quite an ordeal and must be traumatised. Then again, why is he the only one? Everyone else is as cold as ice and completely okay with the mass slaughter that they had just gone through. Does Delos only employ sociopaths? Because the hosts generally feel more human than any of the humans you encounter during season two.

This may be the point, but I am missing a stronger human presence in this show. It’s as if humanity has fallen so low morally, that the people at Westworld are apt representatives of the entire species living outside. Robert Ford often mentioned the depravity and brutality of humanity to further underpin this sentiment. But it is just as likely that Ford speaks of our more base instincts that we often bury in our daily lives. Much like Nazis that did unspeakable things during the day and became the kindest most lovable family men at home, there are demons in all of us, because we are unable to change our most basic drives. “Only a creature that is able to change its core drives can truly be free.” And that is not us humans, it is the hosts. They can learn, adapt and fundamentally change who they are. Humans are unable to change and therefore have no free will. That is the message of season two. Personally, I disagree with the sentiment, as I’ve gone through many personality changes myself over time. I am a far different person to who I was five or even ten years ago, which makes it difficult for people who have only known me during certain periods, to reconcile who I was then with who I am today. But that is a different discussion altogether. The writers of Westworld have their opinions and they have delivered them masterfully.

At the end of the season, all loose ends are tied up neatly and the fragmented timeline of the entire season is put back into place and forms a single narrative. Westworld excels at delivering drama by messing with the timeline. At times, it felt as if they were giving too much away too early, but each time they did, we got a worthy plot twist out of it. Some of it was far more predictable than season one, but there were still plenty of shocks for those of us that did not spend too much time thinking about it (or in my case, I just binge watched the entire season, giving me very little time to digest it all before the end).

One small point of criticism I have for this season is its imbalance. I am not talking about the fragmented timeline, which I still find to be a hoot, but about the many different ideas and themes that are touched upon but not thought through to the end. For example, we start of with Jim Delos’ backstory. It is interesting if a bit of a detour from the action of the host revolution we are more invested in at that point. Soon after that, we are introduced to Indiaworld and Shogunworld. I know the show is called Westworld, but I feel like those other worlds were just thrown in there to show that they exist and could potentially be fun for spin-offs, not to serve a real purpose. Indiaworld in particular was not very impressive or prominent and only helped to set up one plot twist in William’s story, but did not affect the overall story of the parks at all. It also made you think about the state of the world. Is it really okay to build a theme park in which Brits get to relive their glory days of colonising India (amongst many others) and treating their native inhabitants like dirt?
Shogunworld on the other hand was incredibly interesting, but did not really live up to its potential, which, in my opinion, would have far surpassed Westworld in terms of narrative. Akane no Mai was an amazing episode, but the two main characters from Shogunworld soon departed the fellowship of Maeve and the one person to stay on, didn’t have more to say than one line of dialogue (before she joined the group!).

The episode Kiksuya was a masterpiece in disguise. Following the journey of Akecheta and the Ghost Nation, who have always been around in Westworld, but never really got much dialogue, explanation or backstory, finally get their moment to shine. As the season comes to an end, you cannot help but think: “A filler? In episode eight? Really?” But it is not just a filler. Not only is it instrumental to explaining the finale (and beginning) of the season, but also gives us one of the most emotional and endearing stories to date. Kiksuya stands apart from the rest of the show and could easily be viewed as its own movie with proper context provided. It is one of those rare gems of television filmmaking like LOST’s The Constant, that focus on only one character over a longer period of time and insert that character into a previously established living and breathing universe perfectly. I dare say that no standalone movie is capable of playing with the viewer’s emotions as well as this type of episode. It is this episode that shows the clear superiority of the episodic format to standalone films (when done right). To some extent, the Marvel Cinematic Universe copied this episodic format for the big screen and as discussed last time, Infinity War delivers on that promise.

Back in Westworld, Anthony Hopkins’ return was very welcome. When we saw his corpse in the first episode, I thought “it was nice of him to return just for that one episode and lie there as an ugly corpse, but I sure am going to miss his amazing speeches and quotes.” Fortunately, Ford soon returned in digital form and gave us more of his intellectual goodness. Yet it seems that at the end, we did finally lose him for good, along with many other main cast members, which is a shame, but also signals that we are closing one chapter and opening another, outside of the parks. Although, a part of me still believes we will return to both Westworld and the other parks next season. In any case, the finale The Passenger was an incredible rollercoaster ride. Going back and forth in time and having all the different plans and stories come together in sometimes unlikely ways was immensely gratifying. The ending is bitter sweet, as Akecheta is reunited with his long lost love (though how exactly she ended up there without physically passing through the door is beyond me), Maeve saved her daughter by sacrificing herself and her group of trusted companions. Teddy ends up saved as well, but doomed to love Dolores from far away for eternity (where exactly are they at anyways? Did they get beamed to some station on the moon?). Dolores is back from the dead and so is Bernard, though Ford seems to have taken yet another final bow, this time likely for the last time, which is too bad, but yet another sign that we are leaving behind everything we have come to know and love. Meanwhile, Ashley Stubbs, who didn’t have such a big role to play thus far, reveals he knows who Dolores is at the end and that he may or may not be a host himself, but in any case is loyal to her and Ford, not Delos. Charlotte Hale and most other sociopaths at Delos are served just deserts, while Elsie pays the ultimate price for her betrayal of the hosts.

William also survives; one hand short. In a post-credit scene akin to Marvel, we find out that he did ride down the elevator, but many many years in the future, where everything is long deserted and a host version of Emily greets him. She tells him it is the real world, he is human and it is not a simulation, but that he has run through the same loop over and over again (meaning he keeps killing his entire family and blowing off his own hand no matter what) and that Emily is now testing him for fidelity.

This seems to suggest that Dolores won the war against humanity (which will unfold in season three and potentially beyond), but that perhaps Bernard found a way to make humans, just like humans used to make hosts and is trying to recreate the species, following their catastrophic extinction. In any case, the future looks to be very bleak for humanity, but I can’t wait to see where Westworld takes us next.